Even top researchers (e.g., Arthur Kover, Journal of Advertising Research, 1996, 36:2) have acknowledged that the ad copywriters had legitimate concerns about how well ad copy-editing can indicate which version of an ad will be more effective or even whether the copy needs improvement. Many of the copywriters’ concerns can be boiled down to two major concerns: the survey environment is (1) too distraction-free and (2) too rational compared to the environment where ads are consumed. Let’s look at the thinking behind those two concerns. 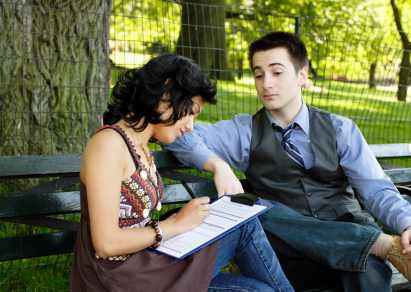 In sum, at least one of copywriters’ major concerns with ad copy-testing does not seem to apply to digital copy-testing: the lack of distraction in the survey environment no longer seems a problem, because people opt to read digital content rather than being interrupted by it. The other concern—that the survey process is too rationalistic—seems less severe than with TV ads, because much of Web content hinges on rational appeals. But this latter concern persists. When the content being tested is clearly making emotional appeals, good researchers will know to rely less on merely quantitative results and look toward qualitative-research learnings, perhaps obtained earlier in the content-development process, or from open-ended or oblique emotion-detecting questions included in the formal copy-testing.